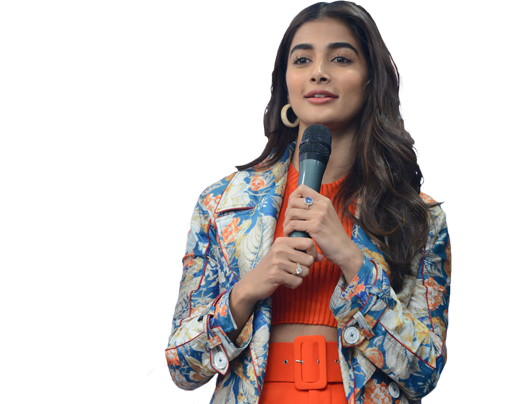 On 13 October 1990, Pooja Hegde was born. She is an actress and model from India. The Miss Universe India 2010 competition crowned her the second runner-up. The Tamil film Mugamoodi (2012) marked her debut. In Oka Laila Kosam, she made her Telugu film debut alongside Naga Chaitanya. Mohenjo Daro, directed by Ashutosh Gowarikar, was her debut Hindi film.

Life Before An Actress

In Mumbai, Pooja Hegde was born on 13 October 1990. Originating from Udupi in Karnataka, they now live in Mumbai City. Rishabh Hegde is her elder brother and an orthopedic surgeon. Latha Hegde is her mother, and Manjunath Hegde is her father. She speaks Kannada, English, Hindi, Tulu, and Tamil fluently. At M. M. K. college, she regularly took part in dance and fashion shows.

Life After An Actress (Career)

The winner of Miss India Talented 2009 was Pooja Hegde, however, she was eliminated in the early rounds of Miss India 2009 competition.

In 2010, she applied again and finished second in the Miss Universe India competition, while also being crowned Miss India South Glamorous Hair 2010.

Mugamoodi (2012), in which she portrays Shakthi, a fun-loving character who inspires the male lead to change his outlook on life.

Mysskin selected her from photos of her pageant success and Her Father helped her practice Tamil dialogue by writing and memorizing words in English, as her native tongue Tulu and Tamil are similar languages.

In August 2012, the film opened to a grand opening at the box office as a result of the novelty of a superhero theme in Tamil films. The film, however, received mixed reviews from critics, hindering its progress, and turned out to be a surprise commercial failure.

The Hindu critic noted "She doesn't have much scope for talent display. But She was nominated for the Best Tamil Female Debut Actress at the 2nd South Indian International Movie Awards but lost to Lakshmi Menon.

Her performance in the movie earned her a nomination for the Best Actress category at the 62nd Filmfare Awards (South).

To prepare for the lead role, she took Telugu lessons. Mukunda (2014), Hegde performed the memorable Gopikamma song in her second Telugu film. In late 2014, it was released as a romantic-action tale set in a village

In July 2014, she signed a deal with Viacom 18 to star opposite Hrithik Roshan in Mohenjo Daro, set in the Indus Valley Civilization.

She was selected after Gowariker's wife spotted her in an advertisement and called her for an audition.

She has decided to take a break from appearing in regional Indian films until her Hindi film is released, and she has declined to work in a film directed by Mani Ratnam.

She starred in the Telugu-language vigilante action comedy film Duvvada Jagannadham alongside actor Allu Arjun in 2017.

In the action film Rangasthalam, she makes a special appearance in the song Jigelu Rani.

Later, in the Trivikram Srinivas-directed action-drama Saakshyam, alongside Bellamkonda Sreenivas.

After that, in Aravinda Sametha Veera Raghava, opposite Jr. NTR.

Likewise, she appeared in three films in 2019: Maharshi, Gaddalakonda Ganesh, and Housefull 4.

This Telugu film was directed by Vamsi Paidipally and starred Mahesh Babu in the lead role. It received mixed reviews during its release.

During the same year, she starred as a lead in a Telugu thriller directed by Harish Shankar. This remake of the 2015 Tamil film Jigarthanda starred Varun Tej, Atharvaa, and her.

The film, which starred Hegde as Rajkumari Mala and Pooja (reincarnated), commenced production in 2007 and went on to gross over 280 crores globally. It was the actress' first return to Bollywood following a three-year absence.

Among the highest-grossing Telugu films ever, Ala Vaikunthapurramuloo with Allu Arjuna and Pooja Hegde directed by Trivikram is one of the best films of all time, grossing more than ₹250 crores in 2020.

Most Eligible Bachelor, directed by Bommarillu Bhaskar opposite Akhil Akkineni and produced by Bunny Vasu and Vasu Varma.

She also acted in Cirkus opposite Ranveer Singh.

She was also the lead in Vijay's Beast directed by Nelson Dilipkumar, marking her return to Tamil cinema after nine years.

What is the height of Pooja Hegde?

Not sure... something basic, my phone is ALWAYS on silent...

Forever drooling over this man beautiful, inside and out! So rar.

If you weren't a actor... which professio would you prefer the most?